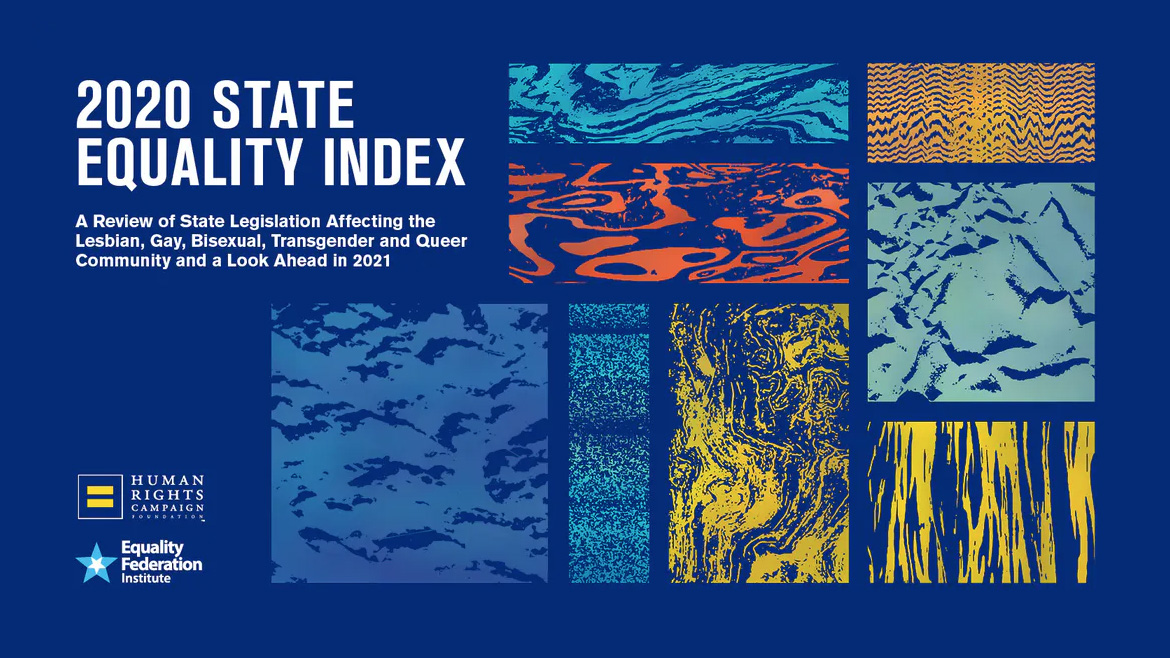 The State Equality Index (SEI) is prepared jointly by the Human Rights Campaign Foundation and the Equality Federation Institute, two national LGBTQ advocacy organizations. The SEI treats D.C. as a state. Its rankings place states and D.C. into four categories in the order of the degree of LGBTQ supportive laws and policies that are in place, the lack of such laws and policies, and laws and policies considered hostile to LGBTQ people.

According to an HRC statement announcing the release of the 2020 SEI, 27 states have yet to adopt comprehensive non-discrimination laws protecting LGBTQ people, and LGBTQ people in those states “remain at risk of facing discrimination due to the lack of statutory protections.”